Recalling the preservation of a historic bridge

The bridge on Chatham Church Road south of Pittsboro may be the last of its kind in use in Chatham County. Local residents saved the bridge from replacement four years ago.
Staff photo by Peyton Sickles
Posted Tuesday, August 4, 2020 7:00 am
Updated: Monday, August 10, 2020 12:07 am
BY CASEY MANN
News + Record Staff

ASBURY — Four years ago, residents of Chatham County saved a bridge that continues to serve as a snapshot of history.

The bridge on Chatham Church Road, officially named Chatham Bridge 147, may be the last of its kind still in use in the county. The historic truss bridge, with a deck made a timbers covered in a light coating of asphalt, was built in 1921 and spans the Rocky River in the Asbury area of the county, about 12 miles south of Pittsboro.

The bridge uses pins to secure connections, rather than bolts, making it one of a “perilously small” number of the type of bridge in North Carolina, according to a report on historic bridges by the N.C. Dept. of Transportation. As a result, it was placed on the NCDOT’s North Carolina Historic Bridge Inventory in 2005.

Even so, removing or replacing the bridge has been proposed by the NCDOT several times over the years. The first time in 1998, the local residents urged the NCDOT to reject the project — which it eventually did, instead choosing to improve and repair the bridge, painting its metal trusses blue. 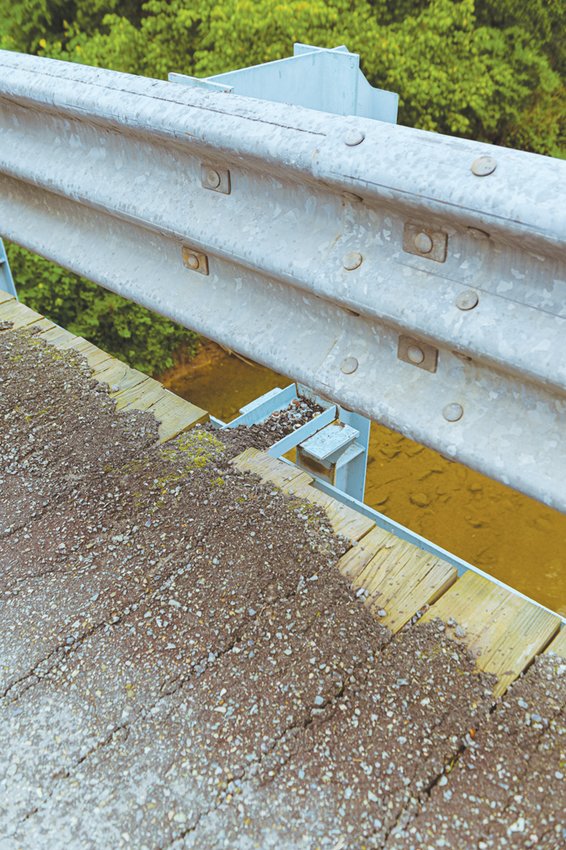 The bridge deck consists of timbers with a light coating of asphalt. The bridge is considered 'low volume,' used mainly by the few people who live on Chatham Church Road which paved in sections, but a good portion remains gravel.

Replacing the bridge was again proposed in 2016, a project that would have cost at least $2 million to complete. Residents were again vocal in opposition to removing the bridge, gathering more than 100 names for a petition and imploring the Chatham County Board of Commissioners to save the bridge. Following a meeting on April 18, 2016, then-Chairman Jim Crawford sent a letter to the NCDOT stating that both the county’s Transportation Advisory Committee and the board of commissioners “did not perceive any urgent need to replace the current bridge.”

Just over four years ago — on July 27, 2016 — the NCDOT made the decision to remove the project from its improvement program after “evaluating the cost of replacement and considering traffic volume was not at the time or projected to be a driving force for replacing the bridge,” according to Brandon Jones, NCDOT Division Eight Engineer. In addition, Jones noted that NCDOT could replace “several other bridges for the $2 million price tag.” 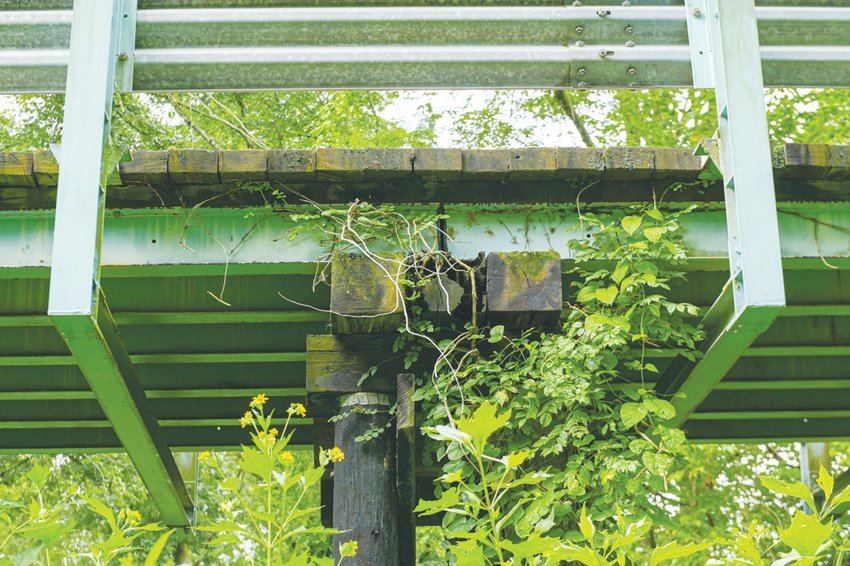 The bridge uses a Pratt truss with timbers for a deck. The entire deck can be removed and replaced without damaging the structure.

The bridge, which is 120 feet long, utilizes a Pratt truss, one of the most commonly-used in North Carolina and the country at the time of its initial construction. According to the NCDOT, this kind of truss is identified by “a simple web arrangement of diagonals in tension and verticals in compression.” Most of these bridges constructed at the time used riveted or bolted connections, but the Atlantic Bridge Company that originally built the bridge used pins, which makes it even more rare for a bridge still in use.

Chatham Church Road is located in a rural area of Chatham County and is considered a “low volume road” by NCDOT. While portions of the road are paved, a significant stretch leading to the bridge on the east-side is gravel. The bridge is only wide enough for one car to pass through at a time, so cars will often have to pull to the side of the road to allow a car to pass before entering the structure. It crosses a portion of the Rocky River where the east side of the river is wooded, though logged several years ago and on the western side rest a few homes on extended acreage. In reality, unless you live on the road, it is highly unlikely you would ever know it exists. 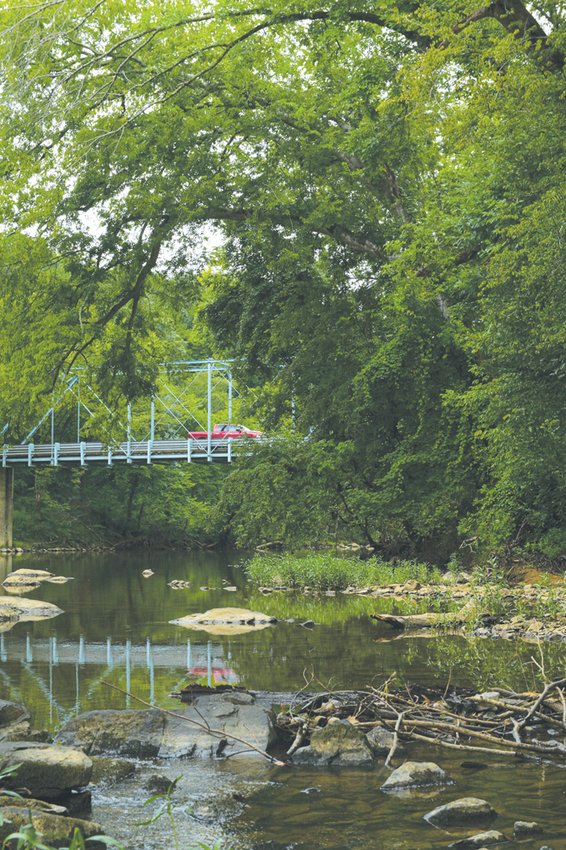 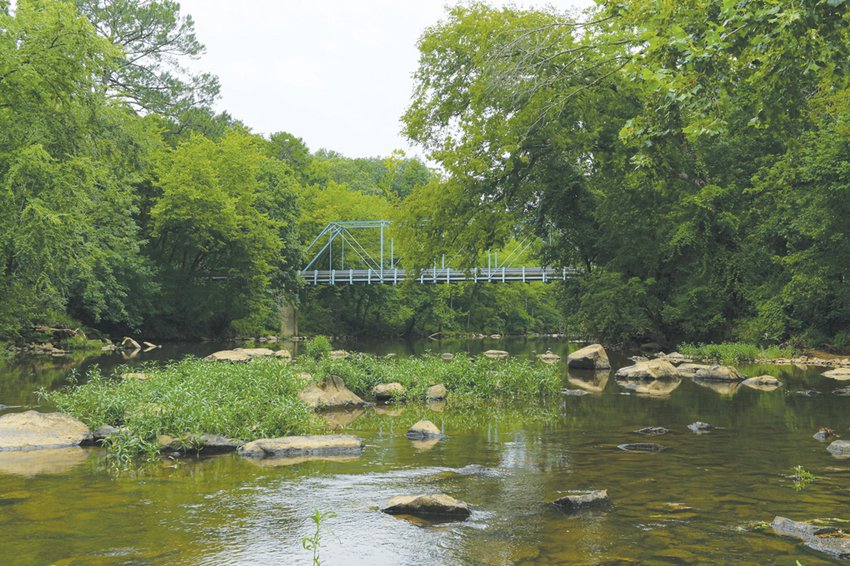 Though the project to replace the bridge was eventually canceled, the NCDOT at the time noted that “eventually” the department would “need to coordinate with the county on a long-term plan” for the bridge.

In the meantime, NCDOT continues to inspect and maintain the bridge. Next up: workers from the NCDOT will be putting on a fresh coat of paint.

Casey Mann can be reached at CaseyMann@Chathamnr.com.